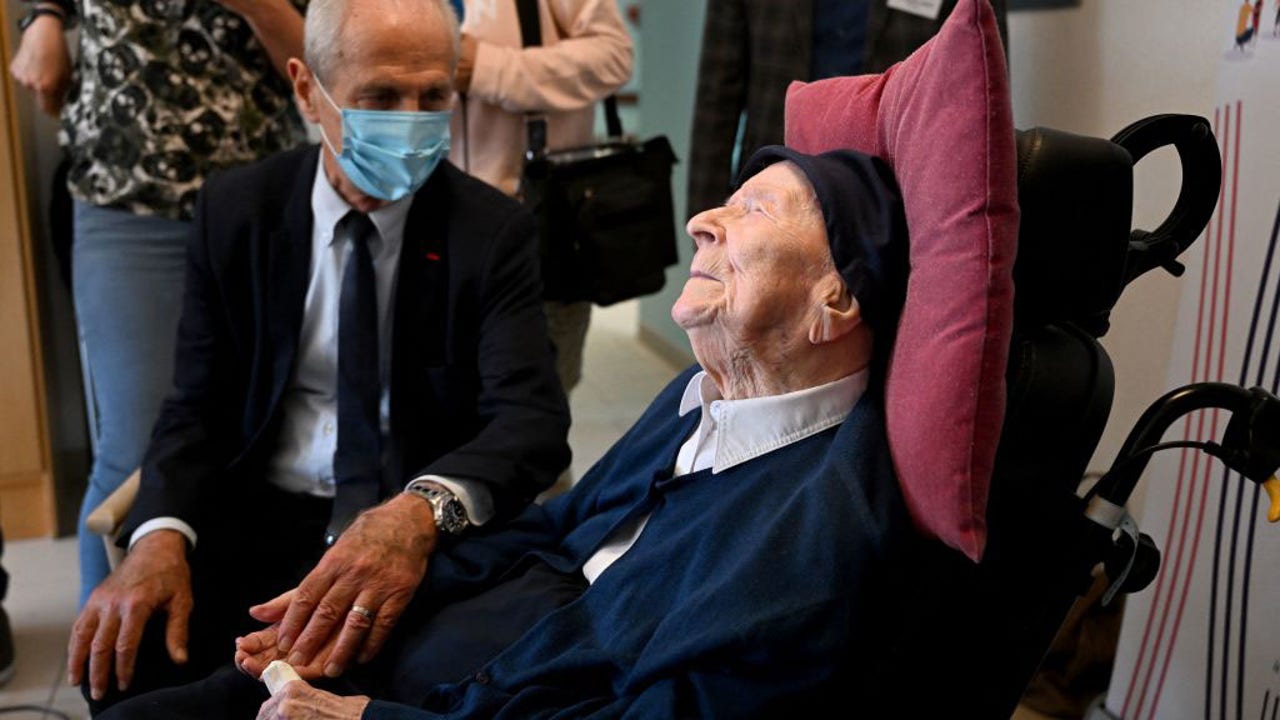 The oldest living person on Earth is now a 118-year-old French nun who enjoys chocolate and wine, according to Guinness World Records.

Sister André, born Lucile Randon, became the new record holder following the death of Kane Tanaka, a Japanese woman who previously held both titles. At 118 years, 75 days, Sister André is the third-oldest European person ever recorded and also the world’s oldest nun, according to a statement from Guinness.

Born on Feb. 11, 1904, Sister André has survived two world wars and even a COVID-19 infection. In her younger years, she worked as a teacher and a governess. She later spent nearly three decades working with orphans and elderly people at a hospital in central France before becoming a Catholic nun, the statement said.

She has lived in a retirement home for the past 12 years, located in the city of Toulon in southern France. In 2019, she was made an honorary citizen of the city and even received a letter from Pope Francis, according to Guinness.

Most notably, Sister André defied the odds in early 2021 when she tested positive for COVID-19 at the age of 116. French media reported that she didn’t even realize she had the virus as she had so few symptoms. Her survival made headlines both in France and beyond.

When she turned 117 the next month, Sister André was showered with multiple treats and well-wishes, cards and flowers in honor of her exceptional longevity.

“It made me very, very, very, very happy,” the birthday girl said at the time, according to the Associated Press. “Because I met all those I love and I thank the heavens for giving them to me. I thank God for the trouble they went to.”

David Tavella, the communications manager for the care home where the nun lives, talked to her about celebrating her 118th birthday in 2022 at the time. She replied: “I won’t be here next year,” he quoted her as saying, adding: “But she has been saying that for 10 years.”

Although Sister André is now partially deaf and uses a wheelchair, Guinness said she “likes to keep her mind active.”

“They get me up at 7 a.m., they give me my breakfast, then they put me at my desk where I stay busy with little things,” she was quoted recently as saying, according to the record keepers.

Guinness added that she indulges now and again in sweets, especially chocolate which is her “guilty pleasure,” and has a glass of wine every day.

“Her glass of wine maintains her and which is perhaps her longevity secret,” a staff member from Sister André’s care home told Guinness. “I don’t know – I don’t encourage people to drink a glass of wine every day!”

This story was reported from Cincinnati.