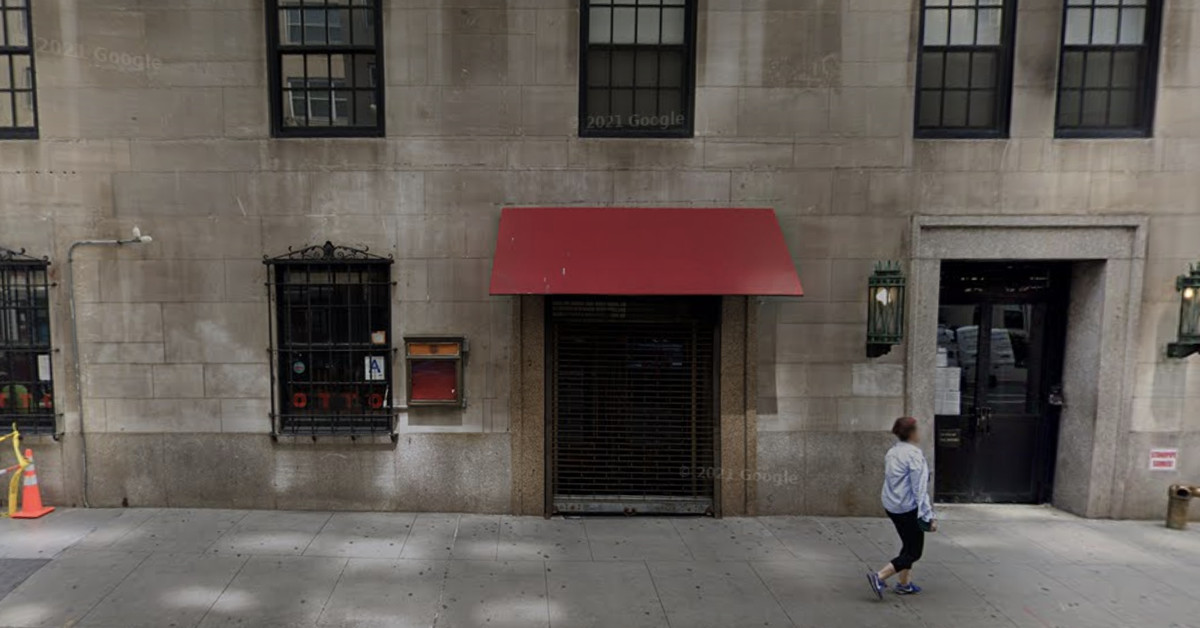 Chef Marc Forgione is taking over the restaurant at 1 Fifth Avenue, at Eighth Street, formerly home to the disgraced celebrity chef Mario Batali’s Italian restaurant Otto Enoteca Pizzeria. According to Forgione — who’s behind the wood-fired favorite Peasant and his namesake Tribeca establishment Restaurant Marc Forgione — the restaurant will be called One Fifth and is set to open sometime in summer 2022.

Forgione tells Eater that One Fifth will focus on cicchetti, Italian small plates, as well as a menu of fresh pastas. “It’s not going to be, like, different kinds of bruschetta, though,” he says of the cicchetti. “The whole menu is going to be inspired by seasonal ingredients available nearby at the Union Square Farmers Market.” He adds that the open-kitchen format that will give the feeling of being in his “family’s home kitchen.”

To that end, he’s collaborating with his father, the acclaimed chef Larry Forgione, who has been developing a recipe for pinsas, Roman flatbreads, that will be added to the menu.

One Fifth is the first of Forgione’s projects under a new hospitality group he’s calling Respect, which is a collaboration with Apres Cru Hospitality. In 2021, it was reported that Apres Cru would be investing in Leah Cohen’s Pig & Khao and Piggyback, speakeasy PDT and its adjoining hot dog spot Crif Dogs, as well as Forgione’s own restaurants. “It was COVID, like everyone else I was trying to survive, and I was approached by this group to help invest in restaurants through these hard times,” he says of the Apres Cru partnership.

Later next year, Respect Hospitality will relaunch Restaurant Marc Forgione, moving the operation from its current home on Reade Street, to 30 Hudson Street, at Duane Street, the former home of David Bouley’s Danube in Tribeca. Forgione says the original location will close shortly before the relocated version debuts in 2023.

When Forgione opens his new spot at the 1 Fifth Avenue space, he will be at the helm of a restaurant nestled inside of one of the buzziest apartment buildings in the country — the historic Art Deco building where Robert Mapplethorpe shot Patti Smith for her Horses album cover, Tim Burton’s old place of residence, and also the subject of a book by Candace Bushnell, the creator of Sex and the City.

“I’m excited to be apart of a restaurant in a building that’s so important to NYC history,” says Forgione.

Previous tenant, Otto first opened in 2003 by Batali and Joe Bastianich, and was a key part of the Batali-Bastianich empire, until allegations of Batali’s sexual harassment surfaced. In fall 2020, Otto officially shut down and has remained vacant until Forgione’s One Fifth deal.