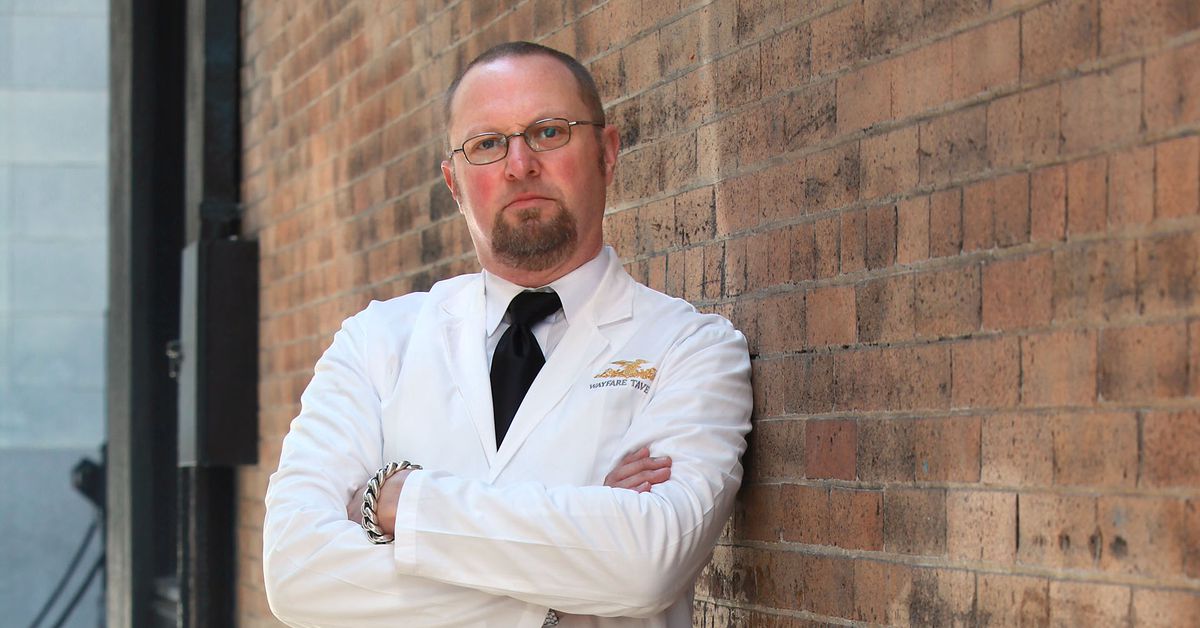 The San Francisco Chronicle is memorializing Adam Richey, a local legend who spent some 30 years bartending at San Francisco institutions including Original Joe’s, Tadich Grill, and Wayfare Tavern. Richey died of a heart attack on Sunday, April 10, the Chronicle reports. He was 51 years old.

In the tribute, a number of local luminaries share fond memories of Richey’s ability to not only craft a great drink, but also connect with customers no matter the circumstance. Former mayor Willie Brown, who also officiated Richey’s wedding to his wife of more than 15 years Michelle Graves, told the Chroniclewho lived that well should nobody die that young. You’ve got to assume that the Lord was looking for a maitre d’.” Richey had a knack for recalling and greeting customers by their first names, remembered former San Francisco Police Chief Greg Suhr. Marie Duggan, whose father Ante Rodin founded Original Joe’s in 1937, called Richey “a throwback to the great bartenders like Mike McCourt and Mike Fraser.”

Richey is survived by his wife and two young daughters, among other family. A public memorial will be held at Saints Peter and Paul Church on Washington Square at noon on Saturday, April 30.

The Chronicle also has the details on Bansang, the newest restaurant from the Daeho team and chefs Ethan Min and Jin Lim. The chefs come from high-end restaurants including Atelier Crenn, Saison, and Michael Mina but want Bansang to be more affordable. So instead of a set menu they’re doing Korean small plates ranging from around $10 to about $30 and imbuing the menu with influences from Japanese and French cooking.

SFGATE spoke to Swan Oyster Depot co-owner Steve Sancimino, whose family made headlines last year when a customer accused the iconic restaurant of racist treatment, about the decision to install a new metal gate after the business’ window were smashed repeatedly over a number of months. Sancimino called the roll-down gate a “moat,” SFGATE notes, and it’s so far prevented more damage.

Google and GGRA temp workers back to San Francisco offices

Google and the Golden Gate Restaurant Association have teamed up to offer funding to 12 Embarcadero-area restaurants as part of an attempt to draw more workers back to offices. Mayor London Breed cheered the collaboration at an event Wednesday — though the SF Standard points out the city’s return-to-work numbers remain “pretty meh.”

Mark your calendars: a virtual wine event and IRL beer party this weekend

This Saturday, April 30 the Vinguard, a non-binary and women-led wine organization, will host a Virtual WINeFare from 9 am to 1 pm On Sunday, May 1 head to Public Taps in Potrero Hill where Anchor Brewing will celebrate the launch of its new West Coast IPA from 1-3 pm Expect $6 West Coast IPA pints, $8 West Coast IPA six-packs, $8 Lobster Roll “Shorties ” from Sam’s Chowder Mobile, plus live music.