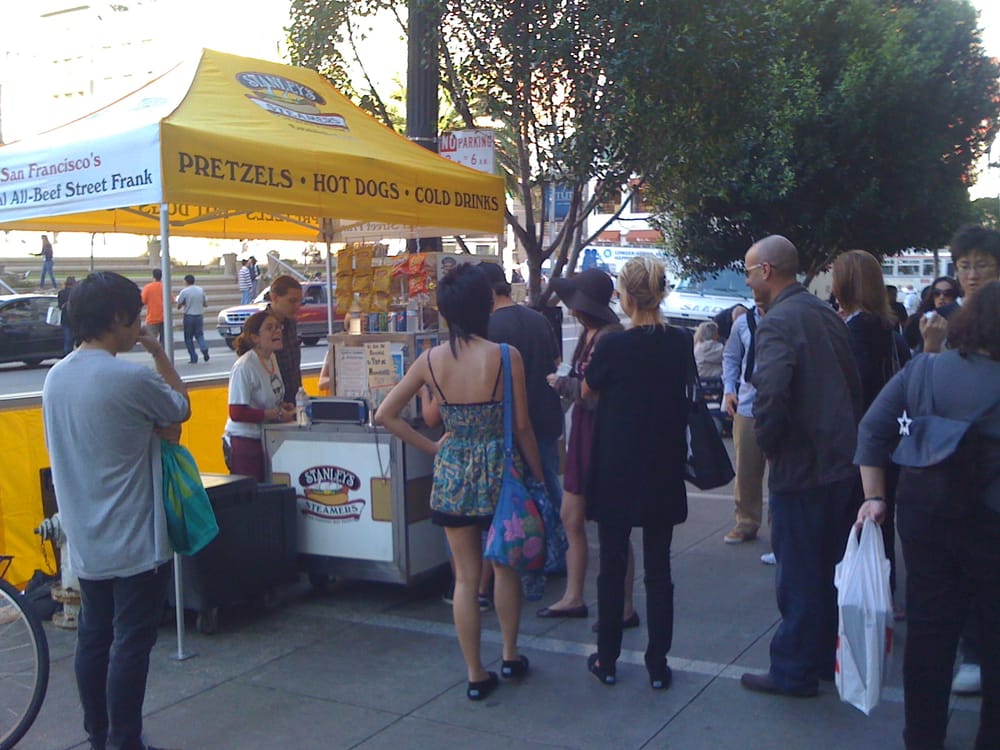 Granted to San Francisco businesses that have operated for 30 years or more, these long-standing restaurants and bars are eligible to apply for the registry in order to receive with marketing, grants and other assistance “business help.”

Perhaps most noteworthy, Stanley’s Steamers, the hot dog carts in Union Square that give Sabrett in New York a run for its money, is the first mobile food operation to receive this legacy status.

“What an incredible honor it is to be recognized for creating 48 years of fun, safe food experiences in the public realm of San Francisco,” said Stanley Roth, president of San Francisco Carts and Concessions, Inc., which has operated many mobile food over the years, including businesses Stanley’s Steamers hot dogs.

Roth, a UC Berkeley graduate, claims he was the first street food vendor in San Francisco. In 1974, to pay for law school, he began selling pretzels on the street from a cart. At the time, the law required a street food vendor to have a “peddler’s permit,” which was issued by the San Francisco Police Department. However, SFPD told Roth he had to first obtain a “sidewalk occupancy permit” from the Department of Public Works.

He was perplexed when the DPW allegedly told him only SFPD could issue such a permit. After being caught in what he called a “bureaucratic catch 22,” Roth decided to just sell his pretzels under the newly passed Street Artist law — he called his pretzels “Baked Sculptures of Flour and Water” and jokingly had a sign that read “Pretzel earrings $25, or make your own, 25 cents each.”

In June 2021, District 3 Supervisor Aaron Peskin nominated Roth and his company for legacy status. After a year of compiling the necessary historical documents, the city that once gave Roth an abundance of problems getting off the ground finally recognized his accomplishments and named SF Carts and Concessions the first mobile food vendor legacy business — a mere 48 years later.

Along with Stanley’s Steamers, the newest additions to the Legacy Business Program include: Buena Vista Cafe and Far East Cafe, which have both been in operation for over 100 years and are known for their world-famous Irish coffees and thick, wooden antique decor, respectively; Buddha Lounge and Helmand Palace, one a Chinatown dive bar with a legendary neon sign and the other one of San Francisco’s few Afghan restaurants, both more than 50 years old; Meanwhile, Sai’s Vietnamese and Valentino Market also join the registry, both serving the Bay Area for over 35 years.

Stanley’s Steamers is located on the 200 block of Geary Street (in front of Macy’s). Subject to weather and seasonal hours. Additional locations: Post and Stockton, Grant and Geary, Post and Kearny, Market and Montgomery. Locations also along Fisherman’s Wharf.