As long as you’re patient and kind, just about any DQ in the country should be able to make your dessert-laden dreams come true

From the minute its first shop opened in 1940 in Joliet, Illinois, Dairy Queen has dominated the competition, becoming one of the few, if not the only, nationally recognized soft-serve ice cream chains.

And while I would happily eat Oreo Blizzards for the rest of my life, I can’t help but feel the stifled competition leaves me at the mercy of Dairy Queen’s somewhat limited menu. But maybe I just don’t know what I should be asking for? That is, maybe, like In-N-Out Burger and the McGangbang at McDonald’s, Dairy Queen possesses a secret menu with all kinds of other options that only a select few know about.

There is certainly no shortage of articles laying claim to “Dairy Queen’s secret menu.” However, very few of them include verifiable information provided by actual Dairy Queen employees. In fact, according to Stuart Culpepper, a Dairy Queen manager in North Carolina, whether or not Dairy Queen even has a secret menu is “a very simple question with a fairly convoluted answer.” “The short answer is no,” he explains. “But the long answer is that there is no such thing as a secret menu at Dairy Queen because the DQ system is a fractured franchise inside the US”

In other words, very few of the chain’s 4,400 domestic locations are owned by Dairy Queen’s corporate office, so there isn’t necessarily a central governing body that decides what is, or isn’t, on the menu — secret or otherwise. As such, Culpepper tells me, “most of the typical clickbait sites posting ‘secret menu items’ list items that are actually on the menu, have been long discontinued or are outright made up.”

Because individual Dairy Queen restuarants get to decide how rigidly they’d like to adhere to the corporate office’s guidelines, that means whether or not a store has an item from the “secret menu” published in such articles “ultimately comes down to whether that store wants to offer something non-menu, and if they can get the specific ingredients needed.”

“I can’t tell you how many times I’ve been asked about the Butterbeer Blizzard, the Midnight Truffle, Crunch Coat Cones and the Caramel Delight Pie,” Culpepper says. The thing is, each purported Dairy Queen secret menu item, he explains, requires ingredients that most stores don’t carry. “We haven’t carried those truffle pieces in over five years, Crunch Coat Cones were strictly a local thing in the Ohio Valley and anything with ‘pie’ in the name takes pie pieces, which we don’t carry year-round.” Culpepper continues.

Now, don’t get discouraged. Even as a manager who follows corporate protocols to a T, Culpepper still lists out a number of secret Dairy Queen Blizzards that most stores could easily make. Such as…

Banana Split Blizzard: “It’s banana, pineapple, chocolate syrup and strawberry,” Culpepper says. “It’s a lot of liquid, and thus, it’s a soupy mess, but my customers can’t seem to get enough of it. It looks like cat vomit to me, but c’est la vie.”

Heath Caramel Brownie: “Another one that’s just as the name implies.”

Cappuccino Heath: “It’s Heath Bars with our coffee syrup. It’s rather bitter as DQ changed the coffee syrup we used to have a few years ago, but still sells often.”

Mint + Anything: “Every DQ should carry mint, as you can mix it with everything — mint Oreo, mint chocolate chip (just choco chunks + mint), mint Heath bars, etc.”

The Tropical and the Hawaiian Blizzards: “These were discontinued long ago. Most stores aren’t able to order the coconut anymore, but some owners still manage to carry it by purchasing coconut from non-approved vendors.”

The French Silk Pie Blizzard: “Also discontinued but oft-requested. This requires pie chips, which usually only come back when DQ has a pie-related Blizzard, like in the fall when Pumpkin Pie comes out. During the rest of the year, though, we cannot get pie chips.”

As for Culpepper’s personal favorite “off-menu” Dairy Queen combination, he’s got a few. “After six years of working at DQ, I’ve almost grown sick of soft serve,” he tells me. “But I do enjoy a caramel and cheesecake combo from time to time, and cone dip, plus marshmallow, plus graham base — it’s the closest thing you can get to s’mores right now, since we no longer carry the S’more Blizzard .”

The secret for gaining access to these secret menu items — or the secret menu items of any restaurant for that matter — is by being patient and polite. “The issue with all the ‘secret menu’ stuff is that some people will get upset if the store cannot do it,” Culpepper tells me. But keep in mind that, setting aside access to the necessary ingredients, a local shop “might not be able to make a purportedly secret item because chances are, most employees don’t know how to make them.”

This may be because they’re new hires and were never trained on how to make a discontinued Blizzard or because “there isn’t a cheat sheet laying around for secret or old items,” Culpepper explains. “It’s the equivalent of me going to McDonald’s and asking for an Arch Deluxe — the ingredients may still be there, but no one knows how to make it, and it probably isn’t able to be rung up in the system either.”

With that in mind, perhaps print out this article — or have it at the ready on your phone — and with great patience and poise, show it to a very fine Dairy Queen employee like Culpepper. You might just get that secret Dairy Queen menu item you’ve always dreamed of after all.

Quinn Myers is a staff writer at MEL. He reports on internet culture, technology, health, masculinity and the communities that flourish within. 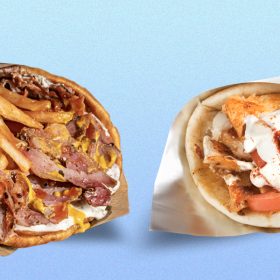