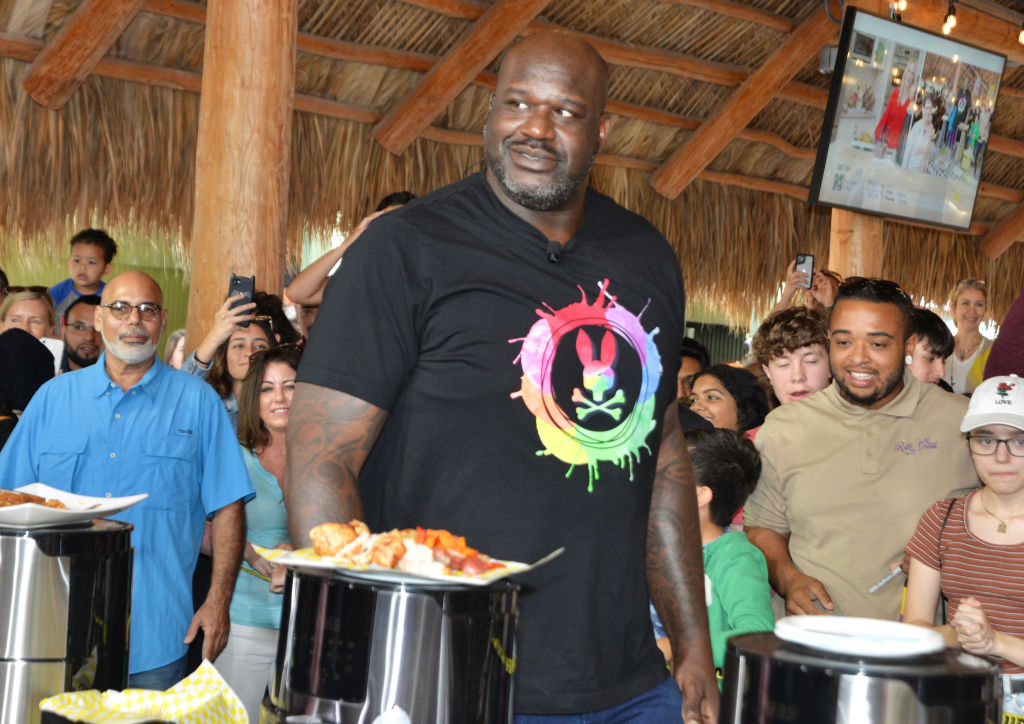 The Big Aristotle admitted that he still loves treating himself to fried chicken – like his fast-food chain Big Chicken specializes in.

The NBA legend conceded that he doesn’t cook, but when he did cook for himself in college that he could only prepare ramen. We can all understand that struggle.

In March, O’Neal revealed that a visit to the doctor made him more conscious about his diet and what he puts into his body.

“They give you those certain words: ‘Hey man, you got sleep apnea. Sleep apnea can cause hypertension or strokes, you could die.’ I said, ‘What?’ ‘You could die.’ So now I’ve got to sleep with a sleep machine,” the Hall of Fame center said.

“Then, ‘All those painkillers you were taking, bro? Your kidneys are kind of weak. No more painkillers.’ I was dependent upon painkillers — not addicted,” he explained. “Certain days when I couldn’t move, I just popped one or two, just to get me going. But I’m off that now.”

“I had to really get checked out,” Shaq said. “When they hit you with that three-letter word that starts with D and ends with E, it changes stuff up.”