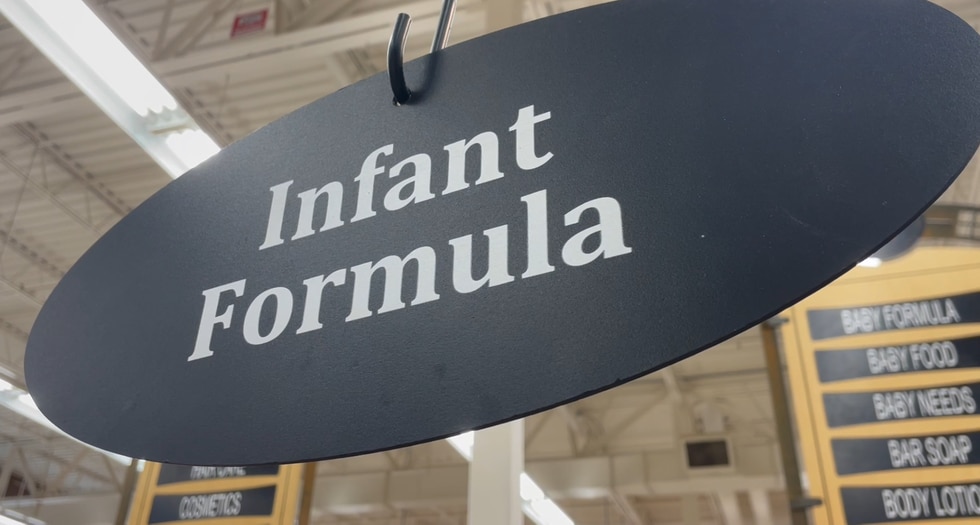 FARGO, ND (Valley News Live) – With the recent recall and subsequent shortage of baby formula across the US, parents are feeling the strain.

“It’s like impossible to find so I would say mainly just nervous.” said Melissa Osland, a mother in Moorhead.

Recipes for substitutes have been popping up on social media, and health officials are stating that they pose a risk to children’s safety and well-being.

“These recipes that are circulating make me really nervous,” said Stephanie Hanson, a pediatrician at Sanford Health. “If they get improper food they can have problems with brain damage, with seizures, with kidney damage. It can really be risky to use those types of homemade recipes.”

Some of these recipes come from the 1960′s which includes boiling water. Other substitutes use goat milk and corn syrup. Hanson said that parents should avoid these, because babies have specific needs. Hanson also recommends against diluting the baby formula to try and make it last longer.

“That can cause an imbalance of the nutrients and it can cause brain damage and seizures.” Hanson said.

With the shelves being barren when it comes to baby formula, it puts a lot of pressure on parents across the nation. Osland sometimes relies on the help of others from social media in providing food for her son.

“It’s giving him enough food for two more days and so I’ll take what I can get and help other moms if I hopefully have some leftover.” said Osland.

Hanson with Sanford Health also recommends people to not hoard baby formula as the nation continues to face the shortages.