The Good Food Good Farming coalition is launching the “Pesticide Check Up” campaign, to raise awareness about the risks and dangers of pesticides and to put pressure on European policy makers to commit to a drastic reduction of pesticides. As pesticides are high on Europe’s agenda this year, it is time to recall the facts on these toxic chemicals.

On May 10, the Good Food Good Farming coalition, of which Slow Food is an active member, launched the “Pesticide Check-Up” campaign with a two-fold objective:

With this campaign, we invite all European citizens to get their hair tested for 30 different pesticide substances. Thanks to this citizens-science approach we want to show EU decision-makers the facts behind our main demand: a binding regulation for an ambitious pesticide reduction.

Pesticides are high on Europe’s agenda this year. The European Commission is expected to publish Its proposal for a new pesticide regulation in Junewhile the EU permit for glyphosate (the most used herbicide in the world) will expire in December 2022, and potentially be renewed.

The European Commission must guarantee a drastic reduction of the European dependency on pesticides. The new regulation should put into practice the objectives of the EU’s Farm to Fork Strategy with which the European Union committed to reduce by 50% the overall use and risk of all chemical pesticides and of more hazardous pesticides by 2030, including glyphosate.

Since pesticides are now a hot topic in the EU bubble, we thought it was a good opportunity to recall the facts on the risks and dangers of chemical pesticides.

The facts speak for themselves: pesticides are highly dangerous. EU politicians have to deliver policies to drastically reduce the use of pesticides in agriculture to guarantee the health of people, nature and soils while ensuring the survival of insects, especially pollinators that are essential to our food system. In accordance with the successful European Citizens Initiative “Save bees and farmers” signed by 1.2 million EU citizenswe demand the gradual reduction of pesticides by 80% in EU agriculture.

If you want to help us push our message to the European institutions, order your test kit and get your hair tested: 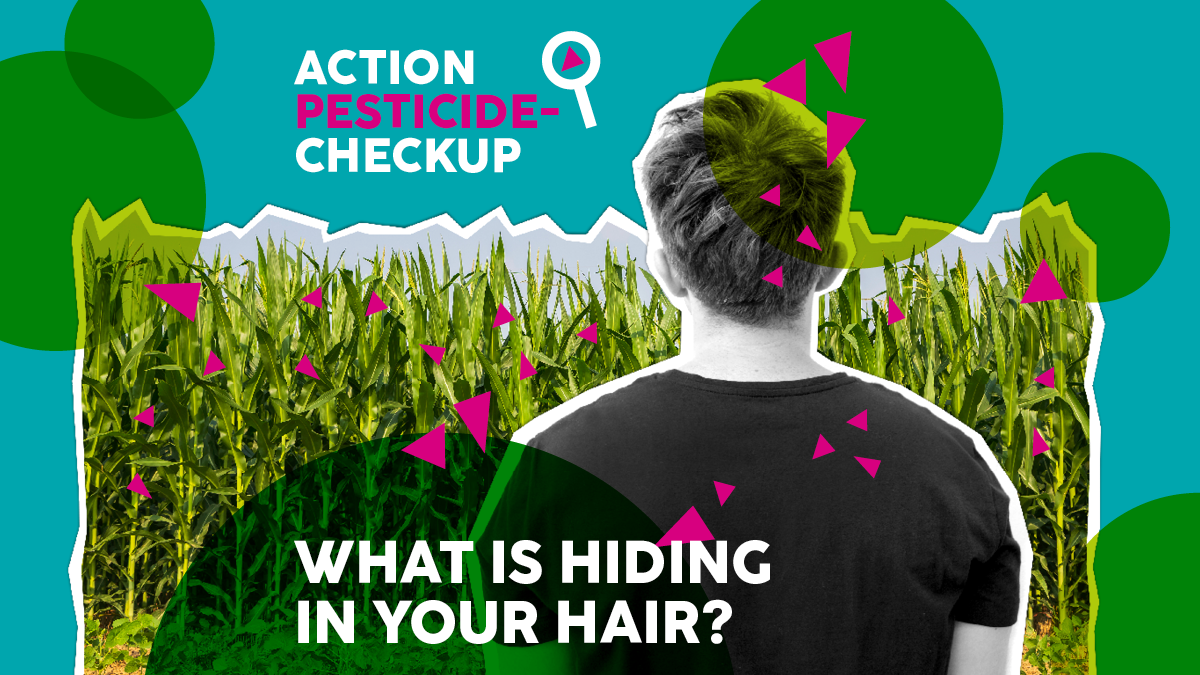