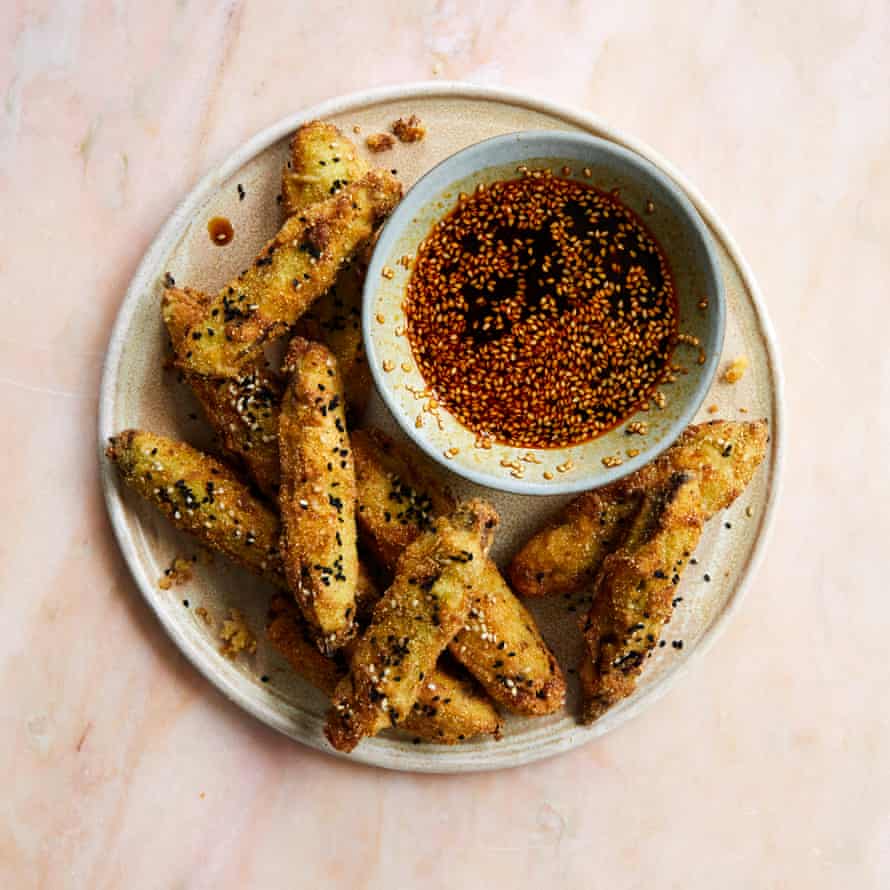 COol, crunchy and refreshing, cucumbers are like a breeze in a bowl. And there is a lot more to them beyond green salad and sandwiches. They’re the ideal foil for hot weather and spicy food, and pair particularly well with anything lactic, such as yoghurt or buttermilk, or briny, such as soy sauce or vinegar. Long, English cucumbers are as wet as the country’s weather, which makes them ideal for elegant, cold summer soups, cordials and cocktails, while the short, crisp Persian variety holds its shape and texture, making it perfect for pickles, salads or just munching with a sprinkle of sea salt.

Cucumber and buttermilk soup with pickled cucumber salad (pictured above)

This cooling soup is ideal for saving in the garden as the weather heats up; it also makes a rather lovely drink if served in a tumbler.

First, make the salad. Put the vinegar, sugar and 150ml water in a saucepan and bring to a boil. Add the sliced ​​chilli, then take off the heat and leave to cool to room temperature. Meanwhile, peel and halve the cucumbers, remove and discard the seeds, then chop the flesh into 5mm dice. Add to the cooled pickling liquor, then put in the fridge to chill and lightly pickle for at least an hour (that said, the pickle can be made up to a day in advance).

To make the soup, melt the butter in a saucepan over a medium heat, then saute the onion until it’s soft and translucent, but not coloured. Add the cumin, allspice, cinnamon and bay leaf, and fry for a minute or two, until the spices release their fragrance. Scatter in the sliced ​​garlic and chopped cucumbers and fry for eight to 10 minutes, until the cucumbers are tender.

Remove and discard the bay leaf, then tip the mix into a food processor and blend smooth. Refrigerate until cool, then fold in the buttermilk, season to taste and pass through a fine sieve. Refrigerate again until needed.

Divide the soup between four bowls. Drain the pickled cucumber from its liquor, discard the chilli and put the cucumber in a medium bowl. Stir in the dill, parsley and capers, spoon a little salad over each serving, scatter with a pinch of za’atar and enjoy.

These deep-fried cucumbers make for compulsive summer eating, and can also be made with pickled cucumbers straight from a jar. If using pickles, rinse with water and dry them well before flouring and frying. If you are seeking convenience, swap the dipping sauce for a good-quality chilli oil, such as Poon’s Extraordinary Chilli Oil.

To make the dipping sauce, simply put everything in a jar, seal and shake until well combined. Set aside until needed.

Soak the peeled cucumbers in the buttermilk for about 10 minutes. Meanwhile, in a shallow bowl, mix the flour, polenta, sesame seeds, cayenne and garlic powder, and season.

Heat the oil to 180C/350F in a deep, heavy-based saucepan (never more than half-fill a pan with oil when deep-frying). If you don’t have a digital thermometer, check by dropping in a cube of bread: the oil’s ready if it turns golden in 30 seconds. Have a plate lined with kitchen paper to hand.

Dredge the buttermilk-soaked cucumbers in the flour mix, shake off any excess, then deep-fry in small batches for three to five minutes (the timing will depend on the thickness of your cucumbers), until golden and very crisp. Lift out with a slotted spoon, drain on the kitchen paper and repeat the process with the remaining cucumbers. Serve with the dipping sauce.